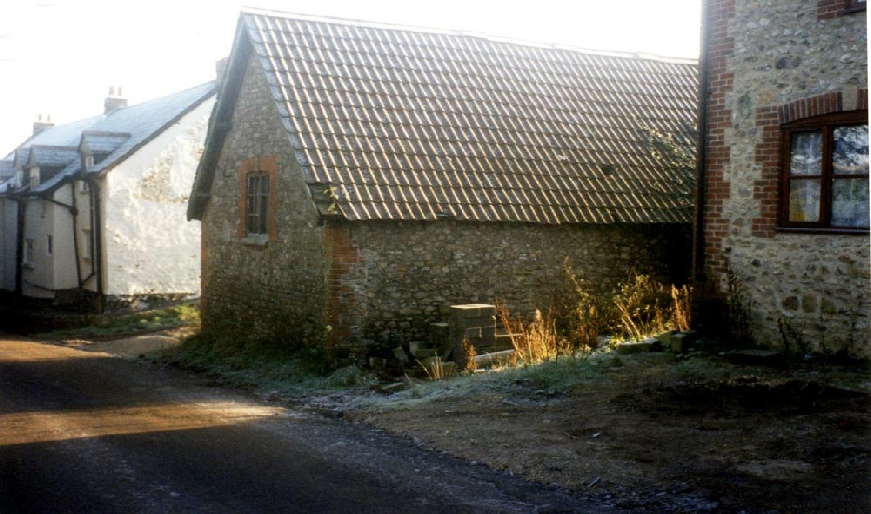 The story of  the TVT's beginning and what happened next on the planning front,  is told through the following article and the  selection of press cuttings which cover the period 1986 - 2002 . See links below.

Our thanks to Chard & Ilminster News and  Dorset Evening Echo,  Pulman’s Weekly and the Western Gazette, for giving us permission to reproduce them.

1986 Feb 28  Letter to Western Gazette : ‘Taking the surprise out of planning’ from Rachael Lloyd and John Whitbread

1986 March 14. Western Gazette: ‘Village anger at Plan’ and ‘Planners must be wary of developers’

1986 July 16. Letter to Midweek Herald from Kathleen Chambers: ’ Wordsworths will be spinning in their graves….’

In 1986 following changes in West Dorset District Council (WDDC)  planning policy Thorncombe village was earmarked as a 'priority area'. Under  WDDC's ten year Rural Development Plan the brakes on the  development of Thorncombe were effectively removed. The Plan enabled  the building of 150 new houses which meant  that the size and population of the village could double by 1996. The idea behind the new council policy was to encourage families with children  to move to villages,  which would sustain the local shops, post offices and schools. On paper it sounded wonderful and some parishioners welcomed it,  others took a more measured view.

The going market price of privately built new family homes and lack of local regular well paid jobs within easy commuting distance potentially put them beyond the pocket of most young families needing to raise mortgages. Those who also valued the unspoilt character of Thorncombe  village, its peace and  way of  life, feared that the building of  large numbers of new houses on previously  green fields would change its character.  And given the lack of a regular bus service, there was the unanswered question of  how the narrow lanes around the village would cope with increased traffic.

A planning application to develop Higher Farm (formerly known as Workhouse  Farm), where Orchard Lane stands today, was submitted hot on the heels of the publication of  WDDC's Rural Development Plan.  As well as converting the Grade 11 listed 18th century farmhouse into eight holiday homes, the proposed development included an industrial unit, 25 houses and a new farmhouse. Following  an extraordinary parish council meeting on 28 February 1986, 68 parishioners voted unanimously in favour of requesting WDDC through the parish council to give them more time to consider the application and respond.

Since 1982 a small group of parishioners with interests in Thorncombe’s natural and local history and walking its extensive  network of footpaths and bridleways  had been  meeting  informally. Following the outcome of this extraordinary parish meeting, such was their concern at the prospect of  150 new houses,  the group decided to form Thorncombe Village Trust to explore  how best to protect Thorncombe's special qualities  and give the significant number of objectors a voice. The Trust was formally constituted, a committee convened and officers appointed on 14 May 1986.

The campaign to stop Thorncombe being doubled in size lasted more than a decade and resulted  in a compromise which has indeed changed  the community, though not perhaps as the planners anticipated as very few of the new houses have been bought by young families with children. After considerable lobbying of  WDDC by Thorncombe  Parish Council and Thorncombe Village Trust, Tansee Hill and Orchard Lane were eventually built on the outskirts of Thorncombe in 1999.

The number of new houses totals 56, including  14 public housing units for which those with local connections get priority. A planning inquiry in 1999 upheld local objections to an application to develop approximately ten acres of land on the southwest boundary of Thorncombe village which if successful would have resulted in a further 48 houses, of which 8 were designated public housing, being built. The green field site, comprising approximately 10 acres is  known locally as Quinn after the developer who sold the site on to another developer.  In 2001 the development status of Quinn reverted back  to agricultural land status following a second planning inquiry.

WDDC's 2006 ten year Local Plan states, "The size, character, community facilities and location of Thorncombe indicate that it is not suitable for additional development within this Plan period."  This will be the case until 2016 when the current Local Plan expires, and so may not be the end of the matter.

Work has already begun on the next  Local Development Plan for West Dorset. Recent government changes to national planning policy are intended to address the current housing shortage through the removal of time consuming obstacles to development in cities, towns and rural areas. The new legislation also gives Parish Councils the option of submitting Neighbourhood Plans. Described on the Dorset for You website as being 'about making sure new homes and businesses can be built where and how local people want them',  Neighbourhood Plans will be taken into consideration in conjunction with the new Local Development Plan by WDDC  as part of a  revised planning process. Thorncombe Parish Council is currently considering how to proceed in this matter and will be holding a public meeting in the New Year to explain the  position and to enable parishioners to have their say.

For further information go to https://www.dorsetforyou.com/neighbourhoodplanning/west/weymouth

The story of  the TVT's beginning and what happened next on the planning front,  is told through the following  selection of press cuttings which covers the period 1986 - 1987 . Our thanks to Chard & Ilminster News and  Dorset Evening Echo,  Pulman’s Weekly and the Western Gazette, for giving us permission to reproduce them.